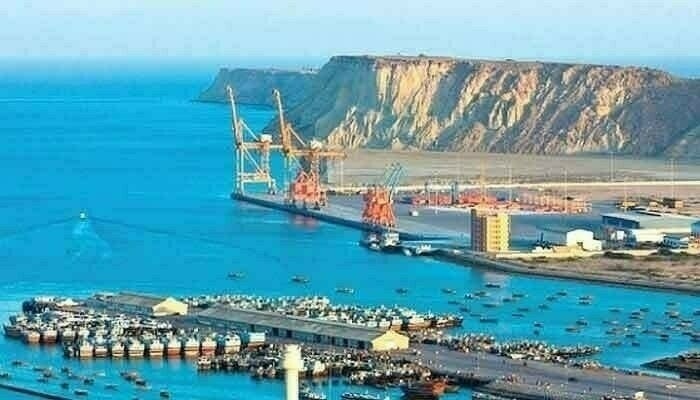 This offer will be made in the draft minutes of the 11th Joint Cooperation Committee (JCC) meeting on China Pakistan Economic Corridor, expected to be held soon.

The SUGS project shall be developed in line with the dynamics of future energy requirements of Pakistan, progressing gas import projects and techno-commercial considerations.

A Feasibility Study is being carried out through Asian Development Bank (ADB) appointed consultants to recommend the potential sites for developing the gas storage facilities. The Pakistani side proposed participation of Chinese companies in Joint Ventures (JVs) with Pakistani companies in project development and operation. The Chinese side is willing to provide necessary support in this regard, the sources added.

According to the first draft minutes, JCC noted that, with the joint efforts of both sides, energy cooperation projects under CPEC have been going on smoothly. So far, 12 projects, with a total installed capacity of 6,370 MW, have been commissioned, along with a transmission line of 4000-MW HVDC (Matiari-Lahore Transmission Line).

PM tells Chinese firm: Priority being given to CPEC projects

The total investment in these projects is around USD l2 billion. The annual energy output is about 35billion KWh. Currently three projects are under construction, with a total installed capacity of 2534 MW and total investment of $5 billion.

During the COVID-l9 period, the joint efforts of both sides achieved the safe and stable operation of CPEC power stations that provided l/3 of the total power supply for Pakistan, which was an extremely important support during this period. The under-construction energy cooperation projects continued to make steady progress even during the COVID period. Both sides were satisfied with the progress of CPEC energy cooperation projects.

JCC noted that the matter of the Withholding Tax (WHT) of offshore procurement contract for Kohala and Azad Pattan projects has already been settled, which will help in the smooth execution of the projects. Similarly, Government of Pakistan has also waived the 17 per cent Sales Tax on import of plant and machinery/ equipment for under construction energy projects. The Pakistani side is committed to maintain the tax and tariff policies stable and establish a more standardized and facilitating power market in Pakistan. The Chinese side is willing to share development experience and provide support in relevant fields to the Pakistani side.

JCC noted that 700.7MW Azad Pattan HPP, 1124MW Kohala Hydel Project and 1320MW Thar Block-1 Power Plant would significantly contribute to the optimization of energy mix and thereby help economic and social development in Pakistan. Both sides reiterated that the remaining 600MW Zonergy Projects at Quaid-e-Azam Solar Park will be implemented, in accordance with Pakistan’s generation planning by means acceptable to both sides.

Both sides recognized that there was need to rethink the 300MW Gwadar Power Plant, in view of the escalating international coal prices, which were resulting in exceptionally high prices of electricity and liquidity issues for the power sector. It was decided to consider the options of substituting the project with a renewable energy project, installing/ designing it for local (Thar) coal or shifting it to Thar.

The Chinese side appreciated the efforts made by the Pakistani side to fully pay the tariff of CPEC energy projects in a timely manner and hoped a further increase in the tariff settlement ratio to ensure repayment of the bank loan and normal operation of CPEC energy projects. In addition, as per the agreement on the China-Pakistan Economic Corridor Energy Project Cooperation between China and Pakistan, signed in 2014, the Chinese side hopes that the Pakistani side would establish a revolving account soon.

JCC suggested that following the in-depth cooperation in CPEC energy projects, both sides should strengthen their communication and cooperation in terms of energy planning, skills training, etc., so as to push forward the energy mix optimization and upgrade the capacity building of energy governance in Pakistan.

Both sides agreed to carry out a joint study for future development of Thar Coal blocks with a view to meeting Pakistan’s energy needs, conversion of coal into other products for domestic demand, as well as, exports.

The Chinese side offers support to the Pakistani side to attract international investors including Chinese enterprises to Pakistan so as to foster oil industry development in future. Both sides agreed to prepare a policy framework for coal to liquid engineering plant based on Thar coal at Thar for coal gasification to fertilizer project. The Chinese side welcomed the development of this framework and offered to collaborate in formulating the policy framework in terms of technical know-how.

On Industrial & SEZs Development, Pakistani side noted that the projects for provision of electricity and gas at the zero point of the following CPEC SEZs (Rashakai SEZ in Khyber Pakhtunkhwa, AIIC SEZ in Punjab, Dhabeji SEZ in Sindh and Bostan SEZ in Balochistan) were on track and would be completed as per the deadline.

South-North Gas pipeline project: The Feasibility Study has been examined by the Pakistani side. The Chinese side noted the progress of this program, and offered support to carry out related actions under the framework of development plan for oil & gas sector of Pakistan.

Both sides discussed National Seismic study of Sedimentary Area to seek Chinese equipment, crews and expertise. Seismic data will allow delineating subsurface structure ensuring to establish and confirm the subsurface understandings of geology and structure and national and international companies will benefit from having reliable subsurface information, especially in frontier areas, which may lead to investment in drilling wells. The Pakistani side proposed participation of the Chinese side in this project.

The Chinese side agreed to discuss the project in the next meeting of JEWG. Joint Prospecting, Exploration, Development and Marketing of Metallic Minerals: Pakistan Metallic Mineral sector offers plausible opportunities for revenue generation and growth, particularly in the Balochistan and Khyber Pakhtunkhwa which are host to number of metals of high economic value. The Pakistani side invited technically capable and financially sound Chinese companies in the exploration, development and production of metallic minerals.