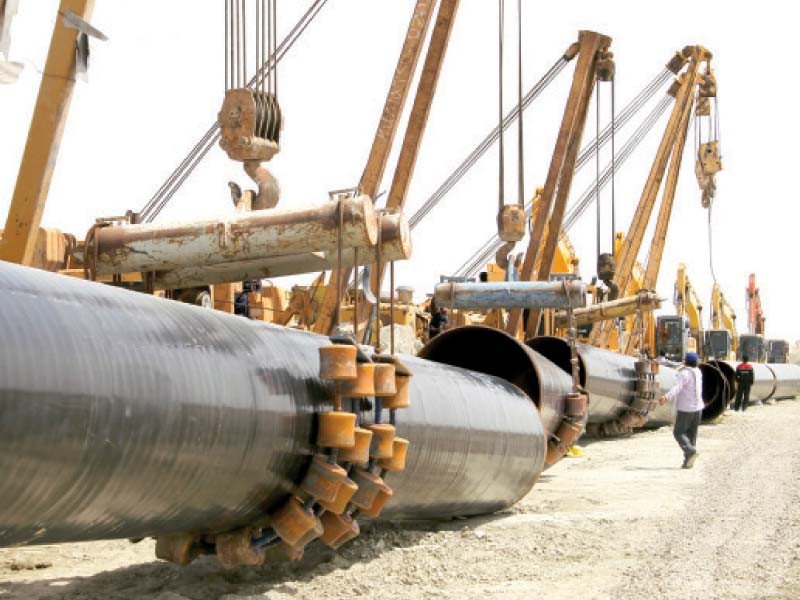 In the backdrop of the US sanctions against Tehran, Pakistan has renewed its commitment to execute the much-awaited Iran-Pakistan (IP) gas pipeline project.

Prime Minister Shehbaz Sharif reinforced his commitment to execute the IP gas pipeline project during his meeting with the Iranian head-of-state on the side lines of the Shanghai Cooperation Organisation (SCO) meeting in Samarkand. This was his first interaction at the 22nd annual heads-of-state of the SCO, held between September 15-16, 2022.

Pakistan and Iran signed the revised Gas Sales Agreement (GSA) in September 2019 to avoid multi-million-dollar damages arising from the failure of completion of the IP gas pipeline project during the scheduled time.

During a recent meeting of the cabinet, it was informed that the PM hosted bilateral engagements with 10 different heads-of-state on the side lines of the SCO summit. These included the leaders of China, Russia, Tajikistan, Uzbekistan, Kazakhstan, Kyrgyzstan, Türkiye, Iran, Belarus and Azerbaijan.

The key focus of these bilateral meetings was to promote the Vision Central Asia policy which focuses on reinforcing Pakistan’s geo-economic push through regional connectivity. The prime minister also highlighted the devastation caused by the recent floods in Pakistan.

During the meetings with the various heads-of-state, PM Sharif reinforced Pakistan’s commitment to mega-infrastructure projects such as the Trans-Afghan Railway Project, CASA-1000, the Iran-Pakistan gas pipeline and the Turkmenistan–Afghanistan–Pakistan–India Pipeline (TAPI).

Apprising the cabinet about both his recent visits to Samarkand for the SCO summit and New York for the UNGA session, the PM said the engagements were productive and successful.

During the SCO summit, the floods in Pakistan were also discussed and the forum was not only unanimous in expressing solidarity and support for the country but also called upon the global community to provide relief assistance to Pakistan, which was suffering from the climatic catastrophe despite having little contributory role.

PM Sharif also appreciated the minister for foreign affairs, the foreign secretary and their respective teams for their untiring efforts in making these visits a success. During the summit, Sharif presented a comprehensive view of the impact of climate change on Pakistan and the subsequent rescue and relief efforts being made by the government.

He stressed on the need for a collective response to this global phenomenon and expressed appreciation for the assistance rendered by the SCO member states. The prime minister drew the attention of the participating leaders towards key areas that required the SCO’s collective focus, including trade and economy – especially the digital economy – connectivity links through development of road and rail infrastructure, increase in the use of technology and innovation to achieve food security and strengthening financial linkages for an increase in intra-SCO trade.

The cabinet was informed that the prime minister emphasised that there was a real possibility to establish sustainable peace in Afghanistan after 40 years of conflict. He underscored that, as neighbours of Afghanistan, SCO member states had a moral responsibility to develop a common and collective approach wherein security cooperation and socio-economic assistance for the Afghan people be undertaken in tandem. Crucially, peace and stability in Afghanistan is a vital prerequisite to regional stability, connectivity and prosperity, he said.

The prime minister’s bilateral meetings with President Xi Jinping and President Vladmir Putin were significant in further cementing ties with both China and Russia. The meetings generated a positive momentum in carrying forward several initiatives in trade and economy, connectivity projects, energy and food security as well as broader regional cooperation.

During the premier’s meeting with President Jinping, the two leaders reaffirmed the “All-Weather Strategic Cooperative Partnership” between the two countries. PM Sharif also assured the Chinese president that work on the second phase of CPEC, which had been stalled during the regime of Pakistan Tehreek-i-Insaf (PTI), will be expedited.

Pakistan and China also reiterated their resolve to support each other on core issues. The prime minister and President Jinping agreed to fast-track the next phase of CPEC’s implementation and to strengthen bilateral coordination on regional and global issues of common interest

Turkmenistan to step up work on TAPI pipeline