Pakistan and Afghanistan, besides meeting their own energy needs, will also receive benefits through transit fees 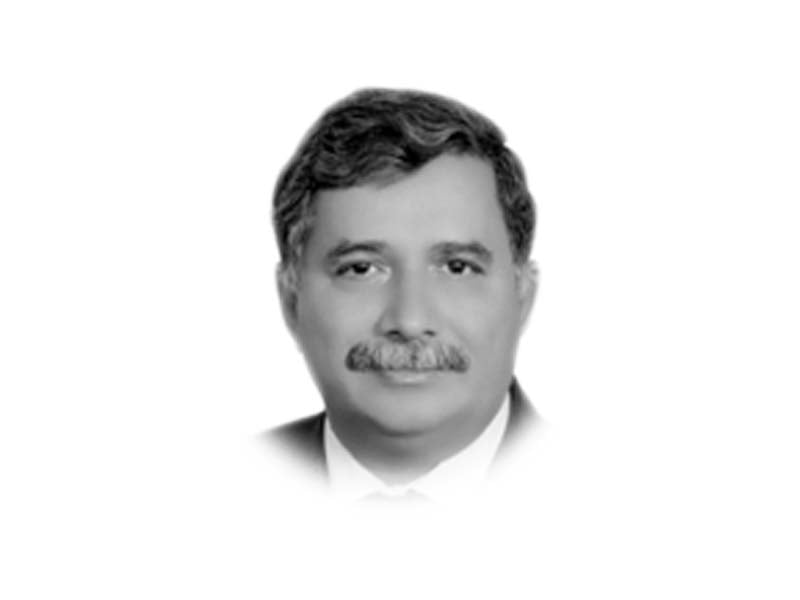 The writer is a practising lawyer. He holds PHD in Political Science and heads a think-tank ‘Good Governance Forum’. He can be reached at aashah7@yahoo.com

We live in a world of complex mutual interdependence. No country, how high and developed it may be, can boost of complete independence. This interdependence necessitates forging of cordial relations for furtherance of national interests.

This new approach has led to the emergence of geo-economics. Pakistan, India, Afghanistan and Turkmenistan are strategically located, having immense and diverse resources in the form of minerals, gas and oil reserves, food and water. They can benefit from each other’s resources. In this context, Afghanistan is considered to be the ‘Heart of Asia’, connecting different regions, especially Central Asia, via Tajikistan, Turkmenistan and Uzbekistan; South Asia via Pakistan; and the Middle East, via Iran. One such noticeable resource is abundance of gas in Turkmenistan. Many countries of Europe, though economically strong, import gas from Russia to meet their energy needs. So, countries like India, Pakistan and Afghanistan which are energy deficient can benefit by following the European Model.

Feeling the gravity of the situation, Turkmenistan, Afghanistan, Pakistan and India (TAPI) conceived the idea of a $10 billion project for transporting natural gas through a pipeline of 1,814 km running across four countries. Also known as the Peace Pipeline or Trans-Afghanistan Pipeline, if the project is implemented, it will open up new vistas of economic development, job opportunities, peace and prosperity, benefiting around 1.5 billion people. Additionally, the project will boost the revenues of Turkmenistan via the sale of gas. Pakistan and Afghanistan, besides meeting their own energy needs, will also receive benefits through transit fees.

Despite these obvious benefits, snags have appeared in the implantation of the project due to emergence of a Taliban rule in Afghanistan and increased hostility between India and Pakistan. The main impediment is the question of legitimacy of Taliban, and consequently Asian Development Bank has expressed its reluctance to go ahead with the project. In response the Taliban government has declared that it would soon resume the TAPI pipeline project, and that the suspension of the Asian Development Bank (ADB) will not halt the project. The Taliban and Turkmenistan governments in meetings of high delegates have expressed eagerness to give “special attention” to the TAPI project. The Taliban government has also assured provision of security. Due to its weak economy, Kabul government has asked Turkmenistan to bear all the costs of laying the pipeline. In this regard, a high ranking Turkmen delegation met Deputy Prime Minister Abdul Salam Hanafi and the resumption of the TAPI project in Afghanistan remained high on the agenda. Hanafi assured the delegation that Afghanistan was ready to take practical steps for implementation of the TAPI project.

The major obstacle around the project is the historical hostility between Pakistan and India. India is also apprehensive over the safety and security around the project with the return of the Taliban in Afghanistan. Critics in India have raised questions over the transit fees which Pakistan would collect from supplying gas to India while any Pakistani government might disrupt gas supplies during a time of tension. However, the silver lining is that during the recently-concluded first-ever India-Central Asia Summit, the President of Turkmenistan “stressed on the importance” of the project, according to the joint statement of the summit.

With the rising population, appetite for gas will continue to grow. The TAPI Pipeline can prove a harbinger of energy stability in the South Asian region. This will increase the level of interdependency and hence improve stability, security and peace in the region. This true geopolitical and geoeconomic approach as an integral part of global energy domain will push economic integration in the South and Central Asian regions.

It is not out of place to quote Dr Shaida Mohammad Abdali, former Ambassador of Afghanistan to India: “The three countries namely India, Afghanistan and Pakistan have an unprecedented level of stakes in each other’s stability, ranging from the economic sphere to the ones of politics and security. Therefore, the three countries need to enter into a completely different set of relationships with each other that determines the destiny of any of the three countries, one way or another — especially during this crucial period that Afghanistan is going through from bad to worse.”

We can learn from China and Japan who, despite being historically hostile to each other, have maintained sound economic relations. The current geopolitical situation and abysmal living standards of the peoples in the four countries signify that the four governments must grab the opportunity of economic integrity by burying the hatchet and turning the dream of TAPI project into a success story.